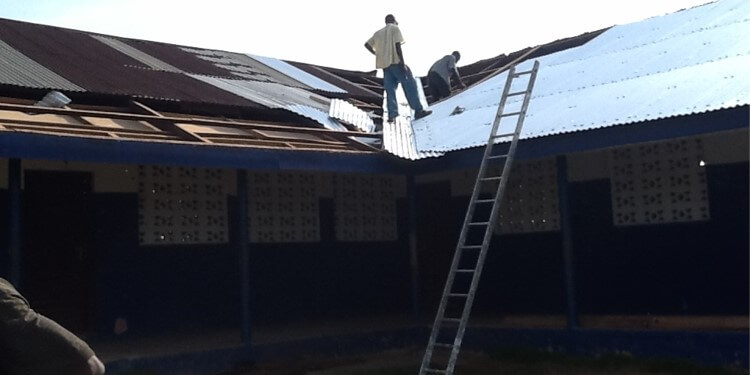 James received his primary and secondary education in Liberia. Upon completion of his senior high school education, James decided that he wanted the most out of life so he worked assiduously in the direction of journalism, as a career. James attended the Charles Morris Price School of Journalism and the Thomson Foundation Editorial Training Centre in Cardiff, South Wales (Great Britain). Prior to his departure for the United States of America, James worked in Liberia with the Daily Listener as the sports editor where he was known as Jaycee. He also worked for the Bong Mining Company.

James was able to complete college in the United States at St. Joseph's University in 1976 (Philadelphia). Since then, although it was not always easy, life blossomed and blossomed for Jim. Through dedication and hard work, James excelled in life to the point ordained by the Holy Spirit. Along the way, James met and made more friends, one of who became his business partner Jim Davis.

As a community service guru, James was elected chairman of the Richards & Coleman Family Association (RCFA) in 2004. He served as vice president of the Board of Directors of the Multicultural Community Family Services (MCFS), a non-profit organization dedicated to serving African immigrants and refugee families and children in the Delaware Valley region. He was chairman of the RCFA quarterly news magazine. He co-chaired the fundraising campaign for the Liberian Children Rehabilitation network (LCRN), an affiliate of the Phelps-Stokes Fund that was involved in assisting children who were victims of the Liberia Civil War. He co-organized the LCRN celebration of the Organization of African Unity's (OAU) International "Day of the African Child" in Philadelphia on June 16, 1995. In recognition of the Day of the African Child (DAC), the Mayor of Philadelphia issued a proclamation and the City Council passed a resolution celebrating the African child.

Special awards given to James for his unwavering and dedicated services were the Multicultural Community Family Services Appreciation Award in November 2004; The Philadelphia Tribune Entrepreneurial Spirit Award in October 2002; Who's Who Business Executives in 1997; selected in the fall of 1997 by the Greater Philadelphia Chamber of Commerce to serve in its Volunteer Involvement Program (VIP); presented with the Susquehanna Neighborhood Advisory Councils Community Service of the Year Award in June 1997; sworn in as a Special Deputy Sheriff, City and County of Philadelphia by Sheriff John D. Green in February 1992; presented with the Great Champion International Boxing Hall of Fame Merit Award for dedication and support in May 1990; received the United Negro College Fund, Inc. Meritorious Service Award in appreciation and distinguished volunteer services to the UNCF and its member colleges and universities in March 1998; Presented with National Association of Black Social Workers, Inc. Philadelphia Chapter "Alliance of Black Social workers community services Award" in October 1983; received the Philadelphia Police Department Certificate of Appreciation for his enlightening, informative and timely contribution to the Command Staff" of the Philadelphia Police Department at the Police Academy in February 1982; received the Pennsylvania Electric Association Westinghouse Corporation award "in sincere appreciation" for serving as a judge in the 1982-1983 College Debates of Energy; received the Philadelphia Evangelistic Bible College and the Minister Conference "Gospel Christ like Emmy Award Certificate" in October 1982; and presented with the Little Neighborhood Centers community service award in May 1981.

James was a devoted and loving husband, and a great and wonderful father. He was also a devoted, loving and caring son and brother; He always had the right answers and solutions. He had an extraordinary character and a good heart. James gave selflessly, ungrudgingly, and wholeheartedly. Mostly, he gave fully.

James passed away on May 2, 2005 one day before he was scheduled to travel to Monrovia, Liberia with the intend to assist the University of Liberia in establishing a library. 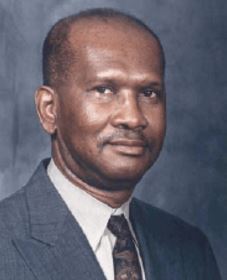